Since the Department of Labor (DOL) Wage and Hour Division first announced its spring’s unified regulatory agenda, we have known that the DOL was planning to use the waning months of the Trump administration’s first term to fast track a new employee classification regulation by the end of this year. DOL announced a few weeks ago that it had submitted its final version of the regulations to the Office of Management and Budget (OMB) for review.  OMB’s Office of Information and Regulatory Affairs (OIRA) conducts a final review of the text of the regulation and then publishes it in the Federal Register. Yesterday, OIRA having finished its review, the DOL announced the proposed rule to offer its interpretations of whether a worker is an independent contractor for purposes of the Fair Labor Standards Act (FLSA)..

The Big Caveats: The Congressional Review Act and State Laws

We will talk about the proposed rule below, but before we do, I have to highlight one very important caveat here: because of the Congressional Review Act, whatever regulation DOL eventually approves may be very short lived if Democrats prevail in the November elections. In addition, as always when we discuss the FLSA, we have to remember that federal law in this area does not necessarily preempt state laws setting tougher classification standards.

Passed in 1996, the Congressional Review Act created a period of 60 “session days” (days in which Congress is in session) during which Congress could use expedited procedures to overturn a regulation. During this period, Congress could pass a resolution of disapproval, which would not be not subject to Senate filibuster rules.  Although it is still September, Congress has far fewer than 60 session days left in its calendar.  This means that the next (117th) Congress could pass a resolution of disapproval and a President Biden could sign the resolution, undoing the regulations. For this regulation to live more than a few months, President Trump would need to win reelection (and successfully veto any CRA resolution) or Republicans would need to maintain control of the Senate to veto or block any Congressional resolution.

Congress and Democratic presidential nominee Joe Biden have already signaled their intentions on independent contractor classification. Mr. Biden previously endorsed a 2019 California law codifying the so-called “ABC” test that designates workers as employees if they perform work that falls within the usual course of a company’s business. This more rigid test applies in California notwithstanding the FLSA definitions. The DOL’s proposed rule wouldn’t preempt state laws like these that are more protective of workers. At the Congressional level, the House passed the Protecting the Right to Organize Act in February, a wide-ranging, union-backed labor law overhaul that contained the same independent contractor/employee definition as California’s law. For these reasons, a change in political control next year would likely lead to immediate repeal of this proposed regulation from the DOL.

The FLSA has long been a source of uncertainty because the law’s text, first written in the 1930s and largely unchanged in this area, has never precisely defined who is an “employee” subject to the FLSA’s minimum wage and overtime provisions. This has left the DOL and courts to fill in the definitions. Until now, the DOL’s Wage and Hour Division has remained content to issue narrow industry-specific regulations, fact-specific opinion letters, a fact sheet, and a now-withdrawn Administrator’s Interpretation during the Obama administration. Federal appellate courts have differed on what factors to use when testing whether a worker is an independent contractor or an employee, and on how to weigh and apply those factors even when they do agree on them in part.

Yesterday, the DOL unveiled its first proposed rule to interpret the FLSA and provide broad agency-backed definitions. The proposed rule adds a new Part 795 to the DOL’s regulations in Title 29 of the CFR entitled “Employee or Independent Contractor Classification Under The Fair Labor Standards Act.” The DOL intends that the interpretations in the proposed rule will be “used by employers, employees, and courts to understand employers’ obligations and employees’ rights under the [FLSA]” and that the rule will rescind any inconsistent prior administrative rulings, interpretations, practices, or enforcement policies relating to classification as an employee or independent contractor under the FLSA.

The DOL aims to provide clearer guidance for companies, but does not provide a bright line test, nor does it dramatically swing the pendulum toward independent contractor status. In short, while a helpful clarification, the rule is not a license to treat more workers as contractors.

Citing controlling Supreme Court precedent, the DOL declined to adopt broader definitions, like the common law “right to control” test that the IRS uses. Instead, the agency stuck with “economic dependence” as the “ultimate inquiry” as to whether a worker is or is not an employee or an independent contractor. An “employee” under the FLSA is an individual whom an employer suffers, permits, or otherwise employs to work.   An employer “suffers or permits” an individual to work as an employee if, as a matter of economic reality, the individual is economically dependent on that employer for work.  By contrast, an individual is an independent contractor if he or she individual is, as a matter of economic reality, in business for himself or herself.

In evaluating economic dependence, the DOL’s proposed rules direct stakeholders to focus on the parties’ actual practice rather than what may be contractually or theoretically possible. This can cut both ways, of course. NLRB decisions have periodically focused on what employers have the right to do when supervising or directing work, even if they never exercise that right, and the proposed rule helps refocus on substance instead of form. Conversely, though, just because a worker may have the theoretical rights to negotiate prices for work or to engage other clients, that ability may mean less if the reality of the individual’s work precludes the exercise of those rights.

Both factors should be familiar to employers and employees. The former looks at who exercises “substantial control” over key aspects of the performance of the work, such who sets the work schedule, who has the right to select projects, and whether the projects preclude doing work for others. Helpfully, the DOL explains that requiring a worker to comply with specific legal obligations, satisfy health and safety standards, carry insurance, meet contractually agreed-upon deadlines or quality control standards, or satisfy other similar terms typical of contractual relationships between businesses (as opposed to employment relationships) does not sway the analysis.

The second core factor weighs towards a contractor classification if the worker could earn profits or incur losses based on the exercise of initiative (such as managerial skill, business acumen, or judgment) or management of capital investments, as opposed to simply working more hours or more efficiently.

If both factors point toward the same classification, “there is substantial likelihood that is the individual’s accurate classification.” However, if they point in opposite directions, then the DOL points to three “other factors” to consider:

On the second “other factor,” the DOL explicitly states that an indefinite/continuous engagement does not dictate employee status on its own.

Unlike the ABC test that California, New Jersey, and many other states, the DOL’s proposed rules reduce the focus on whether services are “integral” to a business. In a nod to companies like Uber and Lyft that claim to provide a marketplace matching gig workers and customers, the DOL explains its view that courts have “mistakenly applied” the “integral” term as meaning “important” or “central,” instead of looking at the relationship between the worker’s duties and employees’ duties. Accordingly, the DOL replaces the “integral” concept with an “integrated unit” factor.

The “integrated unit” factor focuses on a production line analogy. This factor weighs in favor of employee status “where a worker is a component of a potential employer’s integrated production process, whether for goods or services.” The DOL clarifies that this test does not apply only to physical production lines, but to processes as well. For the factor to weigh in favor of the employee status, a worker must be “integrated” into the process, or part of the “coordinated function of interdependent subparts working towards a specific unified purpose.” Conversely, a worker is more likely to be a contractor when the work is “segregable from the potential employer’s production process.”

Employer Takeaways: What the DOL’s Proposed Regulations Do Not Do

As I noted above, this is far from a bright line test, and will still require significant fact finding. Elevating the two core factors and refocusing on an “integrated unit” instead of a worker’s centrality or importance would support independent contractor classifications in more situations. In addition, while courts will certainly give some weight to this rule, the DOL has styled it as interpretive guidance, which carries less deference in federal courts than rules like the minimum salary threshold, for example.

The DOL’s rule is limited to interpretations of the FLSA. The IRS, the NLRB, the EEOC, and other federal agencies will continue to apply their own, different definitions of “employee.” Even within the wage and hour context, states like California, Illinois, New Jersey and others will continue to apply their own stricter state wage and hour laws, notwithstanding the DOL rule.

The DOL announced a 30-day comment period beginning on the date of the formal publication in the Federal Register this week. The DOL must consider comments and then issue a final rule. With only a few months left in 2020, this is a challenging timeline for the agency to meet, and it may even abandon its efforts depending on the November elections. Of course, just as with the DOL’s joint employer interpretation, expect that state attorneys general and other groups will file challenges under the Administrative Procedures Act and on other grounds.

My advice: Take all of this with a grain of salt right now. The November elections will ultimately dictate the future of the DOL’s rule. 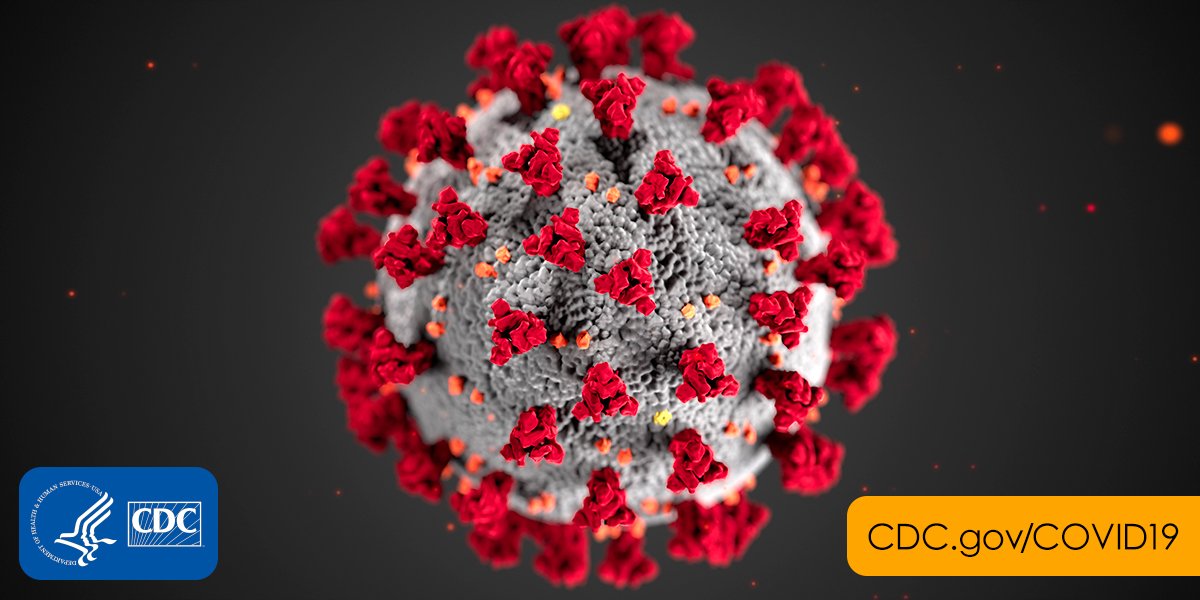 I will be part of a Bloomberg Law panel tomorrow, May 13, entitled “Reopening During Coronavirus: What Employers Need to Know” (click the link for free registration, with CLE available for attorneys). One of the more interesting wage and hour and corporate strategy issues that I will talk about is the incentive that the federal Coronavirus Aid, Relief and Economic ...