In recent weeks, we have gotten really into the weeds about the modifications to the Fair Labor Standards Act (FLSA) regulations (see Part 1, Part 2, Part 3, and the TL;DR version). This week, I would like to back up and talk about why all of these detailed regulations mater in the first place, at least from the perspective of managing risk and extra expenses as employers. The FLSA has significant penalties for employers who fail to comply with the basic overtime requirement: pay employees one and one-half times their regular rate of pay for every hour they work in excess of 40 hours in a given workweek (29 U.S.C. § 207(a)). As we have discussed, you will find many way to classify employees for FLSA purposes, and there are multiple methods of calculating overtime, too. For for this post, though, we will look only at this basic duty to pay overtime to non-overtime-exempt employees and, more importantly, what can happen if you do not pay the proper overtime premium.

Employees whose employers fail to make FLSA-required overtime can enforce their rights under the FLSA in a private action filed in a federal district court for their unpaid overtime compensation. 29 U.S.C. § 216(b). Generally, the employer can be sued where the employee worked, where the employer does business, or where the employer is incorporated. State law might also provide separate or different remedies, too, but we’ll stick with federal law for now. The FLSA provides for three remedies:

Backpay is an easy concept to understand. If a court finds that you should have paid an employee $750 and you paid only $500, it will award the backpay in a lump sum.

Some state laws, like Illinois’ Wage Payment and Collection Act, provide for some form of interest payments. In Illinois, the WPCA provides for “damages of 2% of the amount of any such underpayments for each month following the date of payment during which such underpayments remain unpaid.” The FLSA does not include this kind of interest provision. Instead, the FLSA includes a remedy called “liquidated damages.” Liquidated damages is a legal term of art used in contract law and many other statutes. Unlike interest, liquidated damages provide for the award of a fixed sum of money.

The third remedy provided by the FLSA is the award of reasonable attorney’s fees. Here is where even small cases can get extremely expensive for employers. In general, litigants in U.S. courts pay their own attorney’s fees, win, lose, or draw in the case. Under the so-called “American Rule,” if I sue you for breach of contract, I pay my attorney and you pay yours, no matter which of us prevails in the case. The FLSA is one of many “fee shifting” statutes, which provide an exception to the American Rule.

Like thousands of other federal and state statutes that contain partial or complete fee shifting provisions, from Title VII on employment discrimination to the aforementioned Illinois Wage Payment and Collection Act, the FLSA provides for a prevailing plaintiff to recover attorney’s fees. The FLSA is not a complete fee shifting statute, though, since employers cannot recover fees if they defeat a claim. Like Title VII and other statutes with similar fee shifting provisions, Congress intended to encourage plaintiffs to bring cases without facing the deterrent of paying an attorney up front. Individuals who have claims under the FLSA can access the justice system even if they lack the resources to pay an attorney’s fees.

The FLSA’s fee shifting provision provides that “the court in [an FLSA] action shall, in addition to any judgment awarded to the plaintiff or plaintiffs, allow a reasonable attorney’s fee to be paid by the defendant….” Note that the award is not optional here. While litigants might be able to negotiate or litigate what constitutes a “reasonable” fee, a court will award a prevailing plaintiff some fees. The risk of a substantial fee award normally limits employers’ desires to litigate. This third remedy will not get less expensive over time, which gives employers significant incentive to settle these claims early. Unless the claims are both substantial and in significant doubt, employers are frequently best served by remedying any violations as soon as possible.

In our next post, we will discuss how employers can overcome the presumption for liquidated damages. 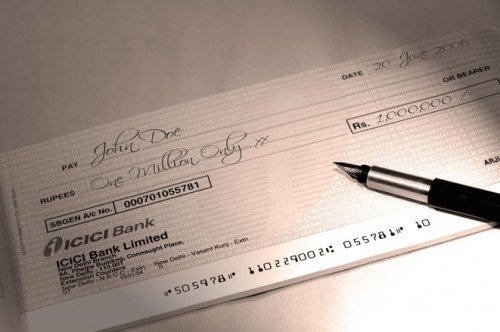 FLSA FAQ: Pay Wages Late, and You’ll Be The One a Dollar Short

Over the holidays, I read about a lawsuit against a now-shuttered Dallas hospital filed by a nurse who was among 150 or so employees who were told the morning that the hospital suddenly closed for good that they would not be paid because of an “unexpected funding issue.”  The former head of the hospital’s management company commented in the news story ...