Immigration issues in the presidential election have focused primarily on pathways to citizenship, border enforcement, and terrorism concerns, but a recently proposed bill entitled the “American Jobs First Act” by Sen. Ted Cruz (R-Texas), who is seeking the Republican presidential nomination, and co-sponsored by Sen. Jeff Sessions (R-Ala.), an outspoken critic of business immigration, is the latest and highest profile immigration reform bill to take aim at the popular H-1B and F-1 OPT programs in a bid to raise the cost for businesses of hiring temporary visa workers.

This bill, released earlier this month, would set a minimum annual wage of $110,000 for all H-1B workers, which far exceeds the prevailing wage for many positions around the country.  In some cases, the prevailing wage can be half that level, depending on the job classification and the region of the country.  Sen. Cruz’s bill would adjust this level for inflation automatically.  The bill would also eliminate the Optional Practical Training program (OPT) used by F-1 student visa holders who have graduated or are no longer engaged in full-time study.  The OPT program allows students to work for 12 months, or longer for science, technology, engineering and math (STEM) students who are currently eligible for a 17-month STEM extension to the OPT period.  The bill would require Congress to explicitly authorize any new OPT or OPT-style program.  The bill would unwind the efforts of the Obama administration, which has been working to promulgate regulations that would allow STEM students to work for up to 36 months.

Neither this bill, nor other H-1B reform bills proposed by Sen. Chuck Grassley (R-Iowa) and Sen. Dick Durbin (D-Ill.) or Sen. Bill Nelson (D-Fla), would increase the annual cap of 85,000 H-1B visas, which was vastly oversubscribed this year.  Sen. Nelson’s bill would go further and reduce the cap and distribute visas based in part on how much employers would pay H-1B holders.  Sen. Sessions cosponsored all three bills, which will head to the Judiciary Committee for consideration.  It is unclear whether the Obama administration would support any of the bills.

Cruz and Sessions’ bill would also prohibit employers from requiring H-1B holders from paying costs or other penalties if they break commitments to stay with an employer for a certain period of employment, and would eliminate employers from requiring an H-1B worker to pay fees for housing, vehicle use, and other items.  The bill would also prevent employers from using the H-1B program at all within two years of a strike, layoff, furlough or other involuntary employee terminations.

The reforms may be a solution in search of a problem as well.  According to the Brookings Institution, only 26,000 of the annually available 85,000 H-1B visas were granted to foreign graduates of U.S. universities (based on analysis of 2010 FOIA data). Furthermore, current U.S. immigration law caps any one country’s share of green cards to 7 percent of the total, leading to years-long backlogs for Indian and Chinese nationals, the two largest foreign-student populations.

The OPT program has been under legal attack, too, with the STEM extension facing a lawsuit by the Washington Alliance of Technology Workers, or WashTech.

Compared to only a few years ago when Congress and the Obama administration made a concerted effort toward expansive immigration reform, the climate in Washington has clearly changed.  The dueling immigration bills in the Senate seek to make it more difficult for employers to use various programs, and in the case of the OPT program, may actually push employers to recruit foreign employees more heavily or to shift certain work to foreign affiliates.

Employers who depend on the H-1B program, particularly to hire qualified workers in hard-to-fill STEM positions need to continue to track these immigration bills carefully.  Multinational employers can begin hedging bets now by ramping up international recruitment efforts and looking to fill positions at overseas affiliates.  U.S.-based employers should begin setting up contingency plans now to:

DHS Updates Guide for U and T Visas, Increasingly Used by DOL’s Wage and Hour Division 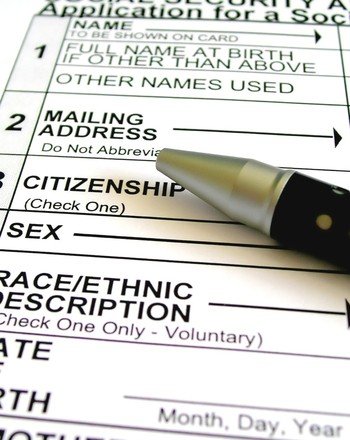 Recently, I read with interest this study that examines the impact of the 2007 Legal Arizona Workers Act (LAWA) on employment outcomes of low-skilled legal workers. The Act requires Arizona employers to use the federal E-Verify database to determine whether a prospective employee is authorized to work.  The Supreme Court upheld LAWA in 2011 in Chamber of Commerce v. Whiting. The results of the study suggest ...